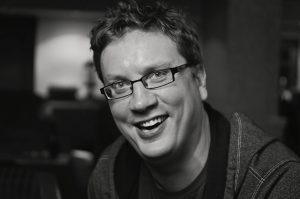 The first and most important international recognition in the field of complex systems awarded to a pioneer of the study of collective animal behaviour.

Iain Couzin, a leader in the study of collective animal behaviour, is the recipient of the 2019 Lagrange – CRT Foundation Prize, the first and most important international recognition dedicated to the study of complex systems across all disciplines. Couzin is Director of the Max Planck Institute of Animal Behavior in Konstanz as well as Chair of Biodiversity and Collective Behaviour and Co-Director of the Centre for the Advanced Study of Collective Behaviour at the University of Konstanz. The Lagrange – CRT Foundation Prize is promoted by the CRT Foundation of Turin with the scientific coordination of the ISI Foundation. The prize and medal will be awarded to Couzin at a ceremony in Turin on October 17th.

Couzin is renowned for his pioneering work on collective sensing, information processing, and decision-making in animal groups. Working on a wide range of organisms, from locust plagues to fish schools, bird flocks and human crowds, and developing and employing some of the most advanced technologies in behavioural science, he and his group have consistently provided new and deep insights that shed light on the fundamental principles that underlie collective action in nature. This work has had, and continues to have, tremendous impact on a wide range of fields including behaviour, ecology, psychology, evolutionary biology, statistical physics, engineering, network theory, self-organisation, and complexity science. In recognition of his research he has previously been recipient of the Searle Scholar Award in 2008; top 5 most cited papers of the decade in animal behaviour research 1999-2010; the Mohammed Dahleh Award in 2009; Popular Science’s “Brilliant 10” Award in 2010; National Geographic Emerging Explorer Award in 2012; the Scientific Medal of the Zoological Society of London in 2013; and a Clarivate Analytics (Web of Science) Global Highly Cited Researcher in 2018.

“It is a tremendous honour to receive the Lagrange – CRT Foundation Prize and to be in the company of the incredible complex systems scientists who have previously been given this award,” says Couzin. “A complex systems approach to science naturally fosters solutions that transcend disciplinary boundaries and harness technological innovations. This has been central to our approach, and the prize is a testament to the collective work of the amazing young scientists with whom I have had the enormous privilege to work with in my lab over the years, and the support of my mentors, family and colleagues around the world.”

The Lagrange – CRT Foundation Prize is named after Joseph-Louis Lagrange (b. Turin, 1736 – 1813) who was regarded by many of his contemporaries as the greatest living mathematician. He made major contributions to number theory and to analytic and celestial mechanics including being one of the inventors of the calculus of variations. He also created the first partial differential equations; invented a new field of mechanics, Lagrangian mechanics; created the concept of a potential (e.g. the gravitational field is an example of a potential); discovered Lagrangian orbits (which allow spacecraft to be “parked”); created Lagrange multipliers for mathematical optimization; and played a key role in the creation of the metric system for weights and measures. Lagrange was largely self-taught and did not have a university degree.

“The Lagrange Prize awarded to Iain Couzin is an honour for an exceptional researcher from the University of Konstanz as well as for the entire Collective Behaviour field. Couzin is one of the speakers for the Centre for the Advanced Study of Collective Behaviour, one of our Clusters of Excellence,” says Professor Kerstin Krieglstein, Rector of the University of Konstanz. “He has played a major role in establishing a top international research centre in Konstanz that focuses on the complex collective behaviours of animals and people, like group dynamics and economic decision-making, for example.“

Couzin said he was “especially honoured” to be awarded the Lagrange – CRT Foundation Prize. “When I began my studies of collective behaviour” he said, “the predominant mathematical approach was not to consider individuals, but rather populations as a whole. Lagrange, however, found mathematical ways that allowed us to consider individuals as the focus of interest. This approach, termed ‘Lagrangian’ or ‘individual-based’ became the focus of my thesis work and remains absolutely central to how we study collective behaviour today”.